What does a win for clean water at the U.S. Supreme Court means for Montana’s battle against nutrient pollution and algal blooms? 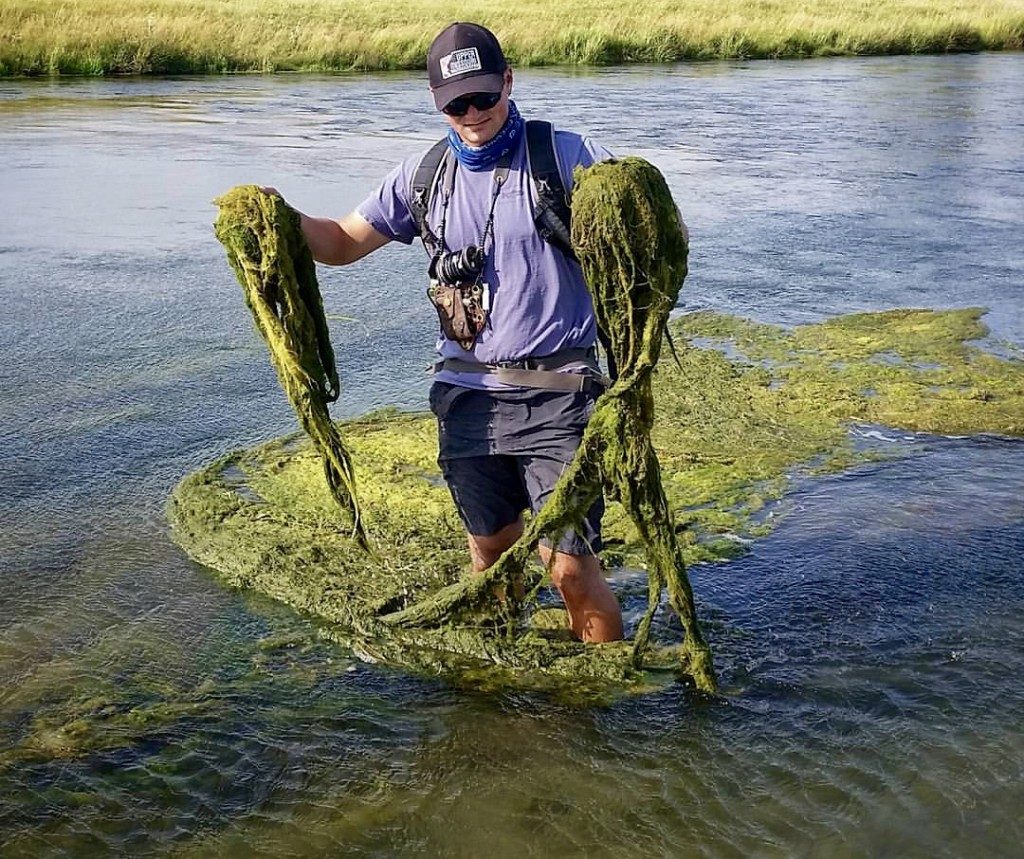 In a big win for clean water, on Thursday, April 23rd, the U.S. Supreme Court sided with environmental groups on a water pollution case involving a wastewater treatment plant in Maui, Hawaii. This decision will have rippling impacts across the United States, including Montana.

In a 6-3 decision, the U.S. Supreme Court said that the Clean Water Act prohibits pollution discharged to groundwater if the pollution ultimately contaminates surface waters (lakes, rivers and wetlands). Such discharges are only allowed with a Clean Water Act permit, which is designed to prevent harm to the environment and public health.

What was happening in Maui, Hawaii?
Each day, the County of Maui’s wastewater treatment facility pumps around 4 million gallons of partially treated sewage into the ground through wells. This “effluent” (the term used for wastewater discharge) travels through the ground roughly a half mile before reaching the Pacific Ocean. The impact of the County of Maui’s discharge is significant; devastating fish life and reefs in the surrounding area. Despite this, the County did not have a Clean Water Act permit for its sewage discharge. The County argued that no permit was necessary because the Clean Water Act doesn’t cover discharges to groundwater, but only discharges directly to surface waters. Environmental groups disagreed, and sued.

What did the US Supreme Court decide?
In a decision written by Justice Breyer, the U.S. Supreme Court said that the County of Maui’s wastewater discharge into the ground required a Clean Water Act permit because it is, “the functional equivalent” of a direct discharge into the Pacific Ocean.  While the Supreme Court agreed that there are limits to the extent that the Clean Water Act covers groundwater discharges, they said it was “significantly broader” than a total exemption of discharges into groundwater.

Groundwater pollution and Montana’s Seasonal Algal Blooms
Halfway around the world in Montana, for decades, the Dept of Environmental Quality has issued land application and groundwater pollution discharge permits to wastewater generated by industry and municipalities.  These land application disposal permits (LAD) and groundwater permits have weak terms and conditions that historically have treated the disposal of wastewater to landscapes or groundwater as not needing the same scrutiny or strong conditions that would normally occur with a direct discharge permit to a Montana river.  Yet time and again, Montana rivers adjacent to or downstream from these LAD and groundwater disposal sites experience seasonal algal blooms and noxious weedy growths, sure signs that wastewater pollution – laden with excessive amounts of nitrogen and phosphorus – is in fact getting into nearby rivers and wreaking havoc on the natural balance.

What the U.S. Supreme Court decision means for Montana
Land application disposal sites like the Meadow Golf Course in Big Sky – a disposal ground that leaches wastewater pollution directly into the nearby W Fork Gallatin – is Montana’s Maui — a discharge of pollution to groundwater that is having devastating impacts on surrounding surface waters.  The April 23rd decision from the U.S. Supreme Court will have a direct impact on water pollution permit cases Waterkeeper seeks to bring in Montana. Now that a decision in the Nation’s highest court has been brought down, the Montana Supreme Court will have a new measuring stick by which to judge permit decisions from our state agencies and whether our decisionmakers are truly protecting river health.