The Trump administration’s Environmental Protection Agency finalized a rule today rolling back protections for millions of acres of wetlands, vernal pools, and other waterways. The rule opens the door for more pollution and toxic waste dumping in rivers, streams, and wetlands across the country without any study of the effects on endangered wildlife. 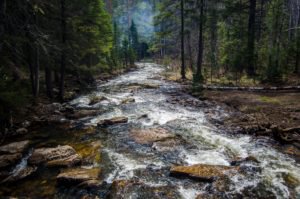 The weakened protections are the result of the Trump administration repealing the 2015 regulatory definition of “waters of the United States” under the Clean Water Act.

The Trump administration’s rollback is green-lighting the destruction of millions of acres of wetlands. Special-interest polluters are reaping a windfall at the expense of our nation’s clean water. As our wetlands disappear and our streams and rivers are polluted, our wildlife will suffer devastating losses.

Expected to follow closely on the heels of today’s “repeal” rulemaking is a second EPA rulemaking — dubbed the “replacement” rule — that is expected to gut remaining protections for more than 50 percent of the nation’s wetlands. An analysis by the Center for Biological Diversity estimates that the proposal would cut Clean Water Act protections for more than 3,000 watersheds in the western United States and accelerate the extinction of more than 75 endangered species, from steelhead trout to California tiger salamanders.

These rulemakings were prompted by President Donald Trump’s Executive Order 13778, which urged the EPA to protect only those waters that have “a relatively permanent surface connection” to a traditionally navigable body of water such as a major river. The executive order followed the legal view of the late Supreme Court Justice Antonin Scalia, which was not adopted by the Supreme Court.

To be clear, EPA is misleading the public by claiming that this regulation simply repeals the 2015 Clean Water Rule. The truth is that this is an illegal attempt to reinterpret the prior longstanding regulatory definition to eliminate anti-pollution requirements for rivers, streams, wetlands and other waters that have been in place since the 1970s.

EPA’s new rule will lead to an increase in the dumping of toxic waste in wetlands and streams across the United States and allow the destruction of millions of acres of wetlands critical to endangered wildlife. Yet the EPA failed to even consider the effect on the nation’s most endangered species and precious places, as required by the Endangered Species Act and National Environmental Policy Act.

The EPA has also said it won’t crack down on those who violate the pre-2015 rules under the Clean Water Act. That promise follows this administration’s long-term efforts to scale back environmental-enforcement activities.  When it comes to the environment, the Trump administration has shown nothing but disdain for America’s natural heritage and the wildlife we cherish. Upper Missouri Waterkeeper will fight this illegal rollback and every aspect of the Trump EPA’s incredibly harmful anti-environmental agenda.