The 2019 Montana Legislature will reconsider how it funds our state’s fight against Invasive Aquatic Species.  Unfortunately, there’s a proposal afloat to double fees on boaters and recreationalists while exempting hydropower, dams, and water utilities from being a part of the solution. 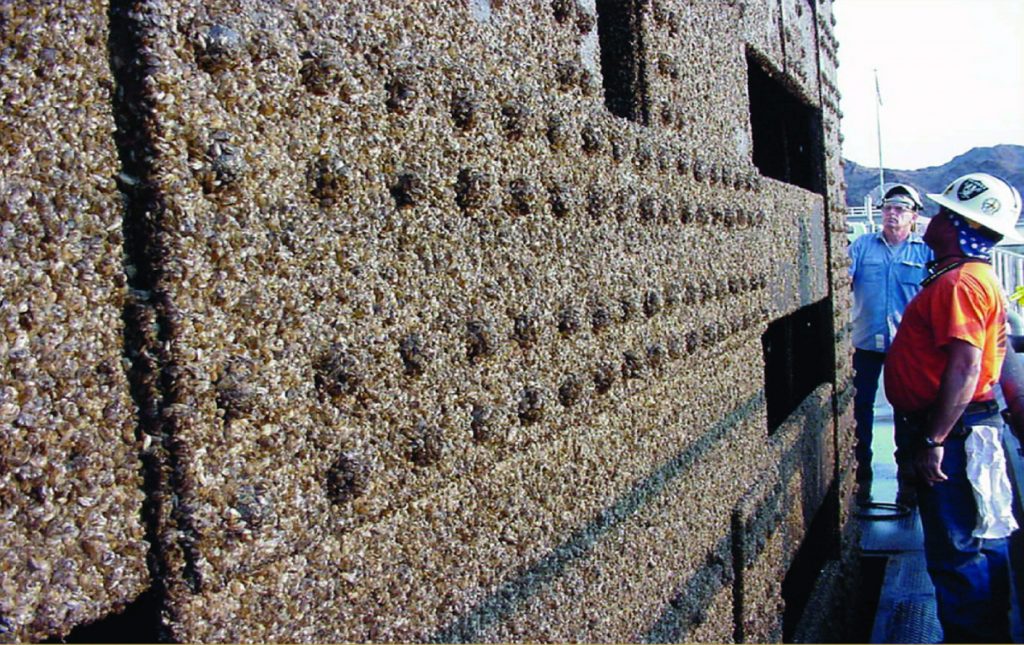 Aquatic invasive species (AIS) (sometimes called exotic, invasive, nonindigenous or non-native) are aquatic organisms that invade ecosystems beyond their natural, historic range. Their presence may harm native ecosystems or commercial, agricultural, or recreational activities dependent on these ecosystems. They may even harm our health.

Upper Missouri Waterkeeper submitted this comment letter to the Legislative Services Division and Montana Council on Environmental Quality urging our decisionmakers to not only continue Montana’s AIS program – but to ensure it funds the program fairly by apportioning costs across all user groups.  We are concerned that the present revised AIS funding bill only plans to hit anglers, boaters, and the state General Fund, while exempting hydropower, dam owners, and industrial or municipal water suppliers from likewise contributing to fighting invasive species.  Boaters and recreationalists could see their annual fees double or even triple, hitting Montanan’s right in their pocket books.

As currently written Montana law requires our 2019 Legislature to renew the AIS program and, in particular, to restructure its funding sources.  The 2017 AIS rule relied on rates from hydropower, dams, and water utilities in addition to recreational sources and permits.  The shift away from requiring big, well-funded corporate interests to be a part of the solution is not only bad economics in our times, it also smacks of unfairness and insider lobbying.  We’ve yet to see any independent data confirming any type of hardship on large corporate dam, hydropower, or utility owners from being a part of the team fighting against AIS in Montana.

We are fortunate enough to live in a place where the right to clean water and fishable, swimmable water is a constitutional right; everyone with skin in the game should be a part of the solution protecting our waterways and reservoirs from a universal threat.  Same team, right?  Stay tuned as we track the AIS bill through the 2019 Session.

Invasive Species Cost Taxpayers Money!  In the United States, expenses associated with ecological damage and control of invasive species is estimated at $137 billion per year and increasing.  In Montana, some industries affected negatively by AIS include sport and commercial fishing, agriculture and raw water users – i.e. power companies and utilities.  In the case of power companies and utilities, expenses from AIS could be passed on to Montana consumers – in the form of higher water and electric bills.

In 2007, Montanans and visitors spent $343 million on fishing across the state.  In the Upper Missouri River reservoirs alone, the money spent on fishing is estimated as $13.7 million dollars annually from 1989 to 2011. This could change drastically if invasive species take hold in these waters.

Invasive Species Hurt Recreation!  Aquatic invasive species can also alter your recreational activities. Hunters, anglers, and even birdwatchers, among others are impacted by AIS and may find that they are no longer able to comfortably swim, or easily navigate their favorite water bodies. Also, as the habitat is modified by these invaders, the wildlife that depends on it disappears.  Fishing outings can result in disappointment when AIS modify our lake and stream habitat. Eurasian watermilfoil can clog boat motors and invasive animals such as the rusty crayfish gobble up aquatic plants like underwater lawn mowers, reducing habitat for native fish at every stage of their life cycle. The invading crayfish may even eat the eggs of our favorite sport fish.

Boats can be damaged by mussels! Proper boat hull, engine maintenance and cleaning are key to saving thousands of dollars in repair costs resulting from damage caused by zebra and quagga mussels. Juvenile and adult mussels have the ability to attach to many different types of substrate including fiberglass, aluminum, wood, and steel. This ability to attach decreases fuel efficiency and damages the boat’s finish. Their larvae (called veligers) are extremely small – too small to see without a microscope. When veligers are present in the water they can be drawn into engine passages or can move into them on their own. Once they settle out in the engine cooling system, they can grow into adults and may block intake screens, internal passages, hoses, seacocks, and strainers.

Invasive Species Harm Our Waterways!  Humans have created conditions where plants and animals can aggressively invade and dominate natural areas and water bodies in three ways:

The net result is a loss in diversity of our native plants and animals as invasive species rapidly multiply and take over. About 42 percent of the species on the federal threatened or endangered species lists are at risk primarily because of invasive species.

Invasive Species Can Hurt You and Your Kids!   Some invasive species may cause significant health problems. For example, a South American strain of human cholera-causing bacteria was found in ballast water tanks of ships in the port of Mobile, Alabama in 1991. Also, sharp zebra mussel shells can cut the feet of unsuspecting swimmers and waders. Zebra mussels “clean” the water by removing the phytoplankton at the base of the food chain which can then affect species higher up on the food chain including game fish. This also allows sunlight to reach higher depths which can increase unwanted plant growth.

Swimmer’s itch is caused by the larvae of certain parasitic flatworms that can burrow into your skin while swimming. Humans are not the intended host of this parasite (waterfowl are the intended hosts) but can become an accidental host. Invasive species such as certain snails and plants can harbor the organism’s causing swimmer’s itch and therefore increasing its occurrence in infested water bodies.  We’ve documented known cases of swimmer’s itch larvae at the North end of Ennis Lake (in the canyon stretch before the Dam).