It’s a common misconception that Montana does not use salt on its roadways. In actuality, salt compound deicers have been used statewide since 1996, with an increase in tonnage applied each year. Before a winter storm arrives or in the early stages of a storm, the Montana Department of Transportation pretreats roads with chemicals to prevent snow and ice pack from accumulating. The liquid de-icing agent used is a mixture of magnesium, sodium chlorides, and corrosion-inhibiting chemicals. 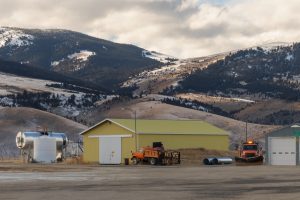 Like antifreeze, chlorides work by lowering the freezing temperature of water to prevent ice from forming a strong bond to the road. The result is safer, faster winter travel for motorists.

But at what cost?

Rust damage to automobile undercarriages and deterioration of infrastructures like bridges and road surfaces is well documented. We also know that runoff from deicing salts can negatively affect roadside vegetation and soils by displacing nutrients, reducing soil permeability, and mobilizing heavy metals. So what are the effects of deicer and road salt application on Montana’s rivers and lakes?

Skewed sex ratios, smaller fish, and scum on your line

Studies in the Northeast and Midwest have shown that road salt in waterways can alter the sex of frogs and stunts the growth of rainbow trout by up to 30%. Data suggests waters even moderately salinated by deicer can kill tiny aquatic creatures at the bottom of the food chain that help water bodies function properly. Their absence can lead to worsening algae blooms, which in turn rob the water of oxygen content in hot summer months, further threatening fish populations and aquatic communities. More research is needed on the effects of road salt up the food chain.

Enough to raise your blood pressure

Montana is our Nation’s headwaters state: three intercontinental river systems begin in Montana. These streams and rivers create convenient passages for roads and highways through mountain ranges and over sweeping floodplains. As a result, a high percentage of deicing salts are delivered as surface runoff to streams and rivers during snowmelt.

Road salts can also be entrained in subsurface flows and contaminate groundwater during rapid storm flow events. Because groundwater regularly contributes to Montana’s rivers during normal flow conditions, elevated concentrations of chloride extend beyond runoff-related events, resulting in chronic salt exposure to our waterways. Although the United States Environmental Protection Agency (EPA) has developed acute and chronic criterion values for chloride in surface water, chloride is only regulated for secondary drinking water supplies, and these criterion values have not been adopted into water quality standards in Montana. 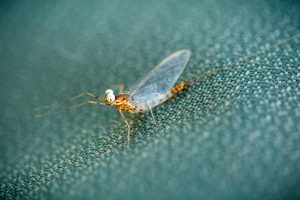 Your team at Upper Missouri Waterkeeper is very concerned about what deicing agents are doing to Montana’s rivers, and what cumulative effects mean for wildlife that depend on bugs. There’s plenty of anecdotal evidence that our use of deicers are already having an impact on Montana’s world-famous rivers. Anyone else tired of hearing fly fishermen ask where the good salmonfly and drake hatches have gone?

A recent field study from the Poudre River in Colorado found that after ten days of exposure to salt levels that approached the U.S. EPA’s chronic and acute aquatic life criteria, significant reductions in stonefly and mayfly numbers occurred, even at salt levels under EPA’s current threshold. Caddis and midges seem to fare better. This study indicates that consistent salt exposure appears to directly and negatively impact some of Montana’s important macroinvertebrate populations. For you science enthusiasts, read the study here.

Time for a new plan

The United States uses an average of 24 million tons of road salt each year, increasing steadily from about 164,000 tons of road salt in 1940. Previous efforts to mitigate deicer use on Montana roadways have fallen flat. For example in 2015, Montana’s senate voted down a “nicer deicer” program that would have reduced salt application to 2010 levels and would have phased in a less damaging potassium acetate at an increased cost of $9 million a year.

As more folks move to Montana, our roads are seeing more traffic, and the concern for motorist safety grows. The question at-hand is “how can we best continue to protect motorist safety while also preserving our precious water resources?” The science is clear: Montana needs to work toward a better alternative to salting roads. So what do alternative management strategies look like?

In the immediate future, we should look to establishing regionally appropriate application rates for road salt and, where possibly, reduce the application of unnecessary deicing agents. We should also be considering how our highways and in particular known icy road stretches alongside canyons and rivers are constructed and renovated, keeping an eye on cost-effective best management practices like stormwater retention swales, tilting roadways away from surface waters, and removing unnecessary culverts that divert polluting stormwater directly into our rivers.

Looking even further down the road, we need a better, eco-friendly answer to keeping highways safe and our rivers clean. Upper Missouri Waterkeeper is diving into these questions and investigating what sustainable, river-friendly solutions look like this Winter 2021. Stay tuned.