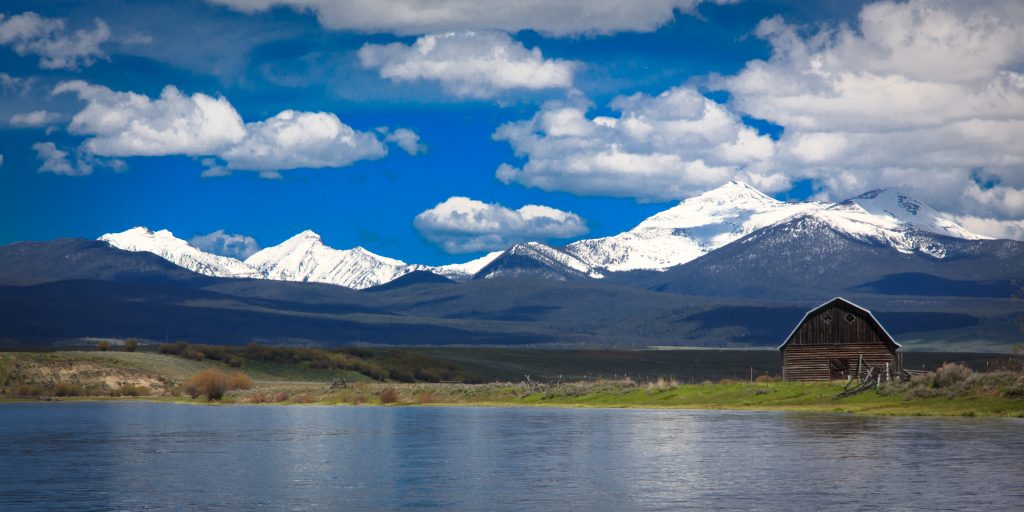 The Trump EPA has released a proposed rule that will dramatically reduce the scope of waters protected by the Clean Water Act. This proposal is the worst rollback of Clean Water Act protections in history.

The proposal redefines what waters are federally protected, limiting Clean Water Act protections to wetlands with a “continuous surface connection” to larger lakes, streams, or rivers and removing federal protections for rain and snow dependent streams. By the EPA’s own estimate, it would remove protections from 51% of our nation’s wetlands and 18% of streams, making it easier to pollute, pave over or build on them, and states may no longer be required to clean up polluted wetlands. The proposal also allows the agencies to adopt a far worse final rule later. For instance, the proposal invites input on whether EPA should also exclude seasonal streams from federal protection, in addition to rain-dependent ones. If the final rule also excludes intermittent streams in addition to ephemeral, that would threaten at least 70% of our nation’s streams and 9 million stream miles.

With many Americans dealing with unsafe drinking water, now is not the time to cut back on clean water enforcement. We need more—not less—protection for clean water.

There are no waters that are safe to pollute. We all know wetlands flow into streams, which flow into small rivers, into bigger rivers, and ultimately the ocean. We urge you to comment in opposition to this rule, telling the Trump EPA that America needs a strong Clean Water Act that protects our drinking water, rivers, fisheries, and our Montana way of life!

What’s the Big Deal With Losing Protections for “Ephemeral Streams” and Waters Without A Surface Connection?

More than Half of America’s Wetlands Are At Risk!

In Montana, EPA estimates that 54 percent of the streams have no other streams flowing into them, and that 63 percent do not flow year-round. Think about that – over 50% of Montana’s waterways could lose pollution protections!!  EPA data also shows that a quarter-million Montanans receive some of their drinking water from areas containing these smaller streams, and that at least 12 polluters are located on such streams and currently have permits under the federal law regulating their pollution discharges.

If the new Trump Dirty Water Rule goes into effect not only would countless miles of Montana waterways loose pollution protection, but so too would existing polluters be exempted from taking responsibility to clean up their pollution and protect local water quality!

The Trump EPA Rollback Will Have Huge Impacts on Outdoor Recreation!

Every year, over 47 million Americans head into the field to hunt or fish. The money that sportsmen spend in pursuit of their passion supports everything from major manufacturing industries to small businesses in communities across the country. The economic benefits of hunting and fishing – which total $200 billion a year – are especially pronounced in rural areas, where money brought in during fishing and hunting seasons can be enough to keep small businesses operational for the entire year.

The outdoor recreation economy supports 7.6 million jobs and $887 billion in consumer spending—and it all depends on clean water.

Clean water is essential for healthy fish and wildlife habitat and for quality outdoor recreation opportunities.

During that same poll, sportsmen and women were asked what the federal government should do about federal regulations moving forward. Only 6 percent of hunters and anglers believed standards should be relaxed. Most believe that we should strengthen standards (50 percent) or maintain current standards (42 percent). 2 percent didn’t know.

Sportsmen and women overwhelmingly support safeguards for our water with 93 percent of them saying the Clean Water Act has been a good thing for the country. Why would the Trump administration propose to weaken critical protections?

What’s Next & What Can You Do?

Upper Missouri Waterkeeper staff are working with partner organizations and scientific experts to submit technical comments for the record. Meanwhile, we strongly encourage you to submit a personal comment to EPA opposing the proposed new water rule!

EPA is accepting public comment until April 15th, 2019!  Below is both a hyperlink to the EPA public comment portal and suggested language that you can use, and add to (please make it personal!), and submit.

Below are suggested talking points (don’t forget to personalize your comments!)

I am opposed to the proposed rule because it fails to adequately protect streams and wetlands. If enacted, the rule would erase basic Clean Water Act protections for millions of acres of wetlands and millions of miles of rivers and streams across the country, including small headwater streams that may not flow continuously year-round. These “intermittent and ephemeral” streams, even if small, are significant to the health of downstream lands and waters; continuing to protect these areas is essential.

To be effective, the Clean Water Act must be able to control pollution at its source – upstream in the headwaters and wetlands that flow downstream through communities to our major lakes, rivers, and bays.

Clean water is not a political issue. Protecting our watersheds and ensuring that clean, fresh water is available for fish, farms and communities is not an option – it is a responsibility.

Please withdraw the proposed rule and substantially improve it to be at least as protective as the Justice Kennedy plurality opinion in the landmark Supreme Court CWA case Rapanos.