We’re tracking bad legislation each Montana session that could undermine environmental protections for waterways and communities. 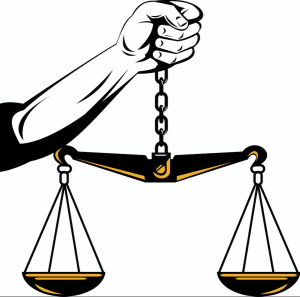 Below are summaries of two nasty bills that would weaken key protections for fishable, swimmable, drinkable water in Montana.

Polluters can currently receive “general” variances from the Montana Department of Environmental Quality (DEQ) that allow them to continue doing business even if they don’t meet current water quality standards. The variances are supposed to slowly bring industry and municipalities into compliance with water standards over time, but as a matter of practice there is little progress required and polluters are never in fact required to clean up their pollution to protect waterways based on water quality standards.

For this reason Upper Missouri Waterkeeper sued EPA in 2015, challenging its approval of Montana’s unlawful general variance program (that allows illegal exemptions from science-based river protection standards).  The rub is this: while our lawsuit is pending in federal court Montana industry is caught in limbo without guaranteed exemptions from pollution controls, as expected under the original MT variance rules, because EPA, in 2017, agreed with Waterkeeper that private industry did not deserve “general” variances from pollution controls and did not approve general variances for industrial polluters.  Now, Montana industry fears that federal courts may soon rule that Montana’s general variances for private industry are a violation of the Clean Water Act.

Rather than waiting for the courts to rule and then working with the DEQ to obtain compliance plans that would transparently require 5-10 year plans improving the quality of their pollution discharges, industry wants to just scrap the standards. Talk about throwing the baby out with the bath water!
Without numeric standards for protecting water quality in Montana DEQ would be left with “narrative standards” which are subject to interpretation and are difficult to enforce. The bottom line is that industry would rather try to flex its muscle with the Montana Legislature and continue to pollute Montana’s waterways for corporate profit, as opposed to working to measurably reduce their pollution discharges to protect local Montana waterways and downstream users.
Summary: Thumbs down on HB 625. Call your representative and tell them to vote no on this bill and do their part to ensure Montana uses science-based standards to protect our cherished rivers and fisheries.

This bill, proposed by the Montana DEQ, is intended to give the department the ability to create – and grant to dischargers large and small – whole new categories of “variances” (AKA, exemptions) from science-based water quality standards.

While DEQ says the bill is supposed to help small municipal wastewater treatment facilities that are having trouble meeting water quality standards, the bill’s language would actually give DEQ far more authority and allow the creation of whole new pollution rule avoidance schemes (up to 5x additional variance rules!)  While the intent to help small communities struggling with pollution control upgrades is noble, writing a law in a way that allows big wastewater treatment facilities and industrial polluters to continue, and in some cases increase pollution, without guarantees for addressing well-known pollution problems, is not in the best interests of Montana or her waterways.

Furthermore, the bill’s language would not hold DEQ accountable for protecting our streams and rivers because of imprecise language and ambiguous goals. This bill would specifically shift rulemaking authority from the Board of Environmental Review (a board appointed by the Gov among others) to DEQ itself, a huge shift in policy and practice at DEQ, which is particularly troubling because DEQ’s track record of making bad decisions and accommodating polluters at the cost of waterway degradation and the public trust is well-documented.

Summary: Thumbs down on SB 48. Tell your representatives to vote no on this dirty water bill that would allow more pollution in Montana’s waterways.